What is your preferred language to view this website?

Home > Loss in Business? Difficulties in Life? Obsession by Enemies? Trouble by Diseases?

Loss in Business? Difficulties in Life? Obsession by Enemies? Trouble by Diseases? 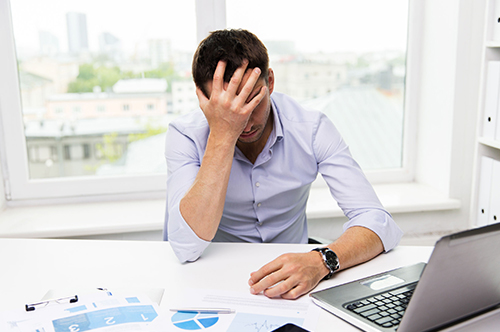 The secret of success with royal priesthood - J.M Hospital

We all strive endlessly to progress in our lives as well as our industrial business. Despite our efforts just like how a raise by an inch equals to a fall by ten feet, we struggle to progress in our lives. How shall we progress then? How shall we succeed? Scholars have shown us the path to our success through divine medicine.Every creature born on this earth strive strenuously to attain their ultimate goal that is success. Not only humans, animals and even birds sprout only by effort.

Even plants which do not possess the sixth sense have the desire to grow into huge banyan trees and to achieve this goal they break through the soil as buds. But only a few seeds grow into huge banyan trees that reach the sky. Many seeds despite their efforts are not able to attain their goals and half way through end up as dried and dead plants.If strenuous hard work and efforts are the only way to success then shouldn’t have all the seeds attained their goals? Why do some seeds get nourished while the others die? If we start thinking about the reason, we realize it is a riddle beyond the understanding of the scientific human brain. If it is explored through the eyes of the true scholars who have won over science, we can understand that their secret mantra is “Even an atom can’t be changed without divine touch”. Yes, in spite of however hard one tries one cannot succeed without the providence of the almighty. The fact that he can’t succeed is proven by the facts of his previous births.

Thousands of years ago, Egypt was ruled by a great king named Sathathu. God had blessed him with infinite treasures and authority over the land. God as with his divine providence had given Sathathu such treasures. The king however had forgotten God’s providence and believed that it was due to his efforts that he had amassed such wealth. He was so immersed in his pride that he proclaimed that he had gained power only through his talent and knowledge. He ignored the advice of all the scholars and insulted God by questioning why God had to send him to heaven rather he claimed that he would construct his own heaven on earth. By using many precious stones and diamonds and toiling through many years he built the most splendid heaven on earth. He invited all the great kings of the world and with great celebrations and colorful parades of soldiers he tried to enter the heaven on earth. He stepped into this heaven with one foot and by the time he could step in fully he happened to die. God had taken away his soul. Sathathu’s desire of living in the heaven built on earth ended in vain. All his efforts had also resulted in vain. Not only in past instances but even in the present we can witness many such instances.

The saints explain the greatness of God in a simple language so that we can understand. Man’s trying are all just zero. This was explained by a poet, “A person will reign in a zero without knowing; but he was understood by one, who is God.” So man is a zero. The world where he lives is also a zero.

We are trying our level best to improve in our life.  Even then, as per the saying “you can escape from a stone throw but you cannot escape from an eye throw” we always get competitions, jealousy, spells etc from our enemies.  Some problems or obstacles comes and if we climb for an inch, we will fall for a foot.  Most of us will spend Rs.100 for earning a single rupee, they take loan after loan and struggle forever. Others will lose all the opportunities which comes to them and panic what to do next. Hence if you try your level best without the help of God,

Hence to get the gift of God, we write all the 99 names of God in a plate with prayer and give for getting the victory.

Wherever the God’s names are engraved, there is God’s gift. There will not be any darkness and enemies troubles.

To get rid of the troubles and to go forward, to get victory in our lives, God’s grace should be there. To get the grace of God, we give the plate with God’s 99 names.  If you place this and pray, all your troubles will be gone and you will get victory in your business, your diseases will be cured and you get enough wealth. This is the secret of the plate that the saints say about.

Come to have a prosperous Life

“Stretch your hands towards God; He will never say no. Come to J.M.Hospital and get the remedy for sure. Come to J.M. Hospital, See the victory for sure.”